Spotlight on Schools: Why we love Highgate Junior School

By Sabine Hook10th September 2021 No Comments Last term, Sabine and I visited Highgate Pre-Prep and Highgate Junior School. Entrance at 4+ and 7+ is ruthlessly competitive and within two seconds of entering the main building it is clear to see why. This is the antithesis of the classic inner London primary, crammed into a former townhouse that has seen better days. It is purpose built with both space and beauty in mind, and one could spend hours relaxing in the light filled hall, admiring the array of artwork, both pupils’ and artists’ adorning the walls. Sizeable classrooms, high spec science labs, an inviting looking library, DT room and large art room back directly on to this central atrium. Outside the classrooms overlook large playing fields, an adventure playground and a designated drama space. If that is not already enough, there is also a 360-seater hall and a whopping 100 extra curricular clubs on offer. The 4-7 years olds are taught in the Pre-prep building next to the Junior School and share many of the same jaw dropping facilities.
However, what really sold the school to us was its emphasis on developing character, promoting empathy and commitment to restorative justice. This is a school where the Head drops everything in his busy schedule to immediately deal with any issues between pupils. The aim is not to excessively punish miscreants but to get them to understand how their actions impact other people and work out what they would do better next time.
Another major perk of the Junior School is it leads to automatic entrance to the Senior School. Perhaps we should have mentioned this first, as not having to sit the 11+ is surely the golden ticket that all North London parents dream of.

How do you get in?

This is the million-dollar question. Highgate have recently shifted from 3+ entrance into nursery to only 4+ into Reception and last year 350 candidates tried for the 32 places available. Highgate encourage parents to register roughly a year before entrance (e.g. children born between 1st September 2018 and 31st August 2019 would register next September for entrance into Reception September 2023). The application form is only available for a few weeks between September and October the year before (this year it is between 20th Sept and 9th October) so make sure to not miss the deadline! Even after registering on time not everyone will make the assessment stage and some weight is put on the personal statement part of the application as well as distance from the school. The assessment itself is in two parts with the first round usually taking place the first week of November and the second beginning of January. The first is often a group assessment set up like an early years classroom where staff observe learning styles, ability to take turns and work with others and qualities like curiosity and perseverance. The second looks at children’s understanding and capabilities in more depth with greater use of 1:1 activities.
At 7+, children are examined in maths, English, verbal reasoning and non-verbal reasoning for the 70 or so places that will go to external candidates. Those with summer babies can breathe a sigh of relief. Highgate Junior School is the only school in the area that is genuinely age standardised in their assessments. Those with children at state schools can also take heart. The school considers the inherent added value of going to a pre prep and actively discriminates towards state school candidates. The numbers reflect this. They usually offer around 15 children from state primaries places from 40 applications, while the remaining 55 places are taken from a pool of private school children numbering about 250. There are further entrance points at 11+ into the senior school and 16 (80 places) into the sixth form (35-50 places).

Exit 2020
Majority of boys and girls move all the way up the school- Highgate Senior is an illustrious institution with stellar grades. In pre Covid 2019, 90% of pupils gained an A/A* at GCSE and 76% got an A/A* at A Level. University results are outstanding as you would expect-79% of the 2021 cohort gained places in Russell Group Universties with a large amount going to Edinburgh and 7 gaining places in US colleges. 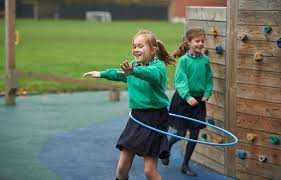